Stefano Marocchi's  mixed media on paper series Illusions is based on the idea of recreating, through the iIlusioni of a concrete and tactile book, the urgency to possess  a personal notebook open to the innumerable occasions life presents, but which, at the same time, contains one’s own life experiences, like a metaphysical diary of sorts. 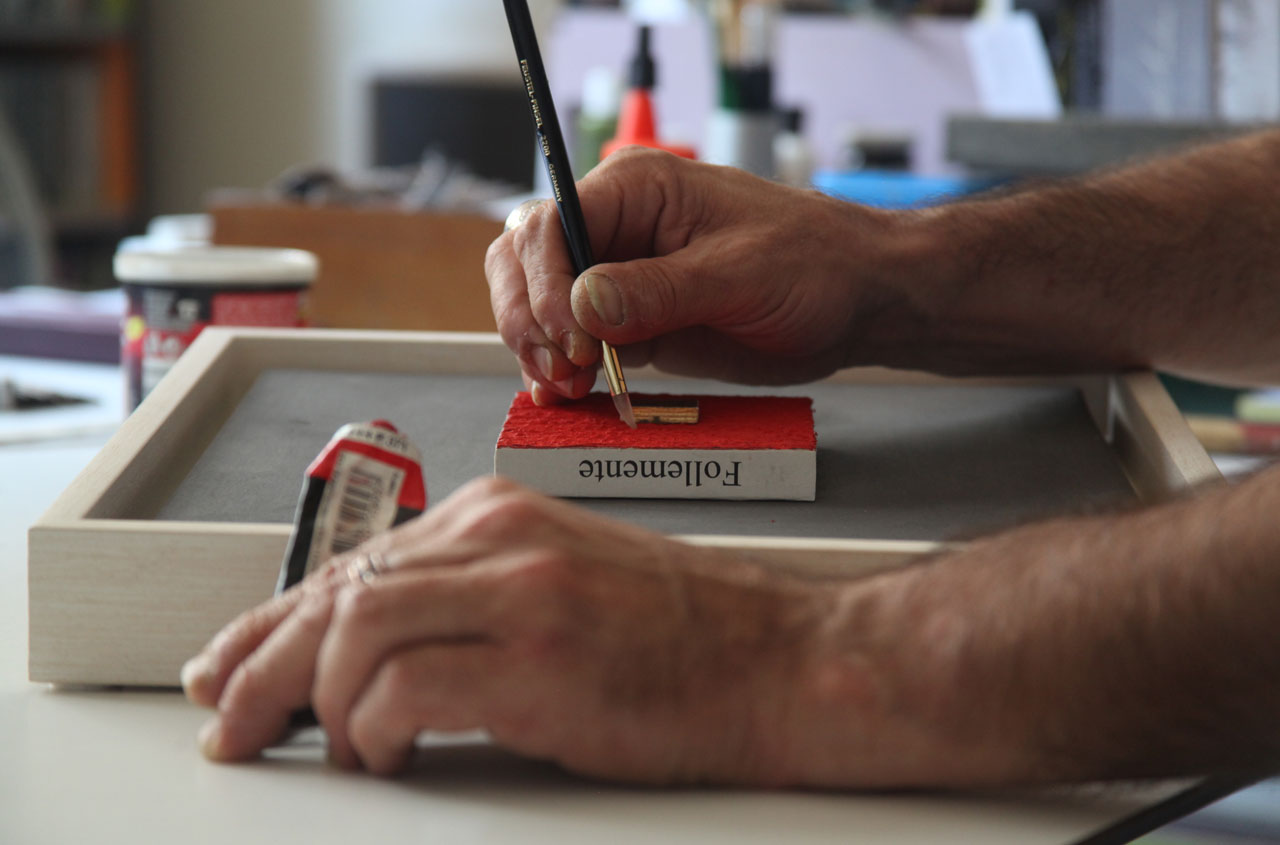 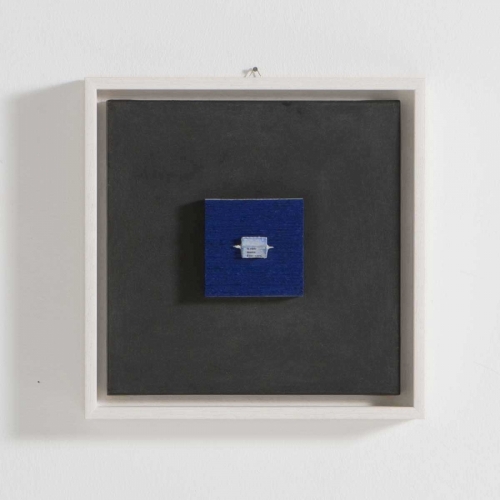 IN THE SKY INSIDE YOUR SEA 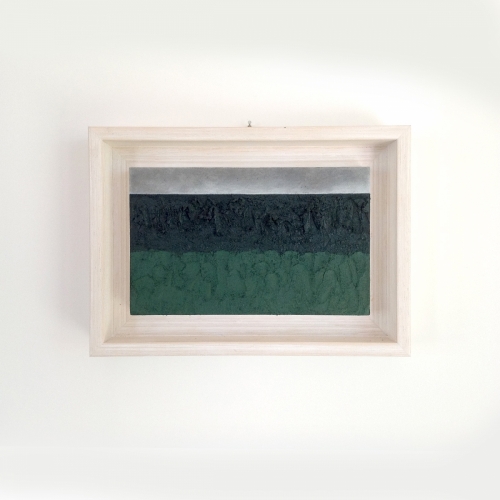 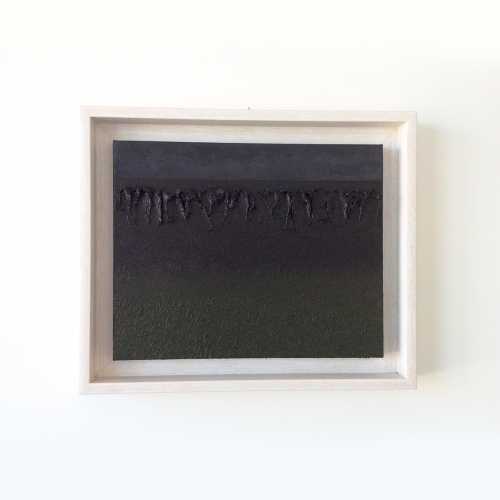 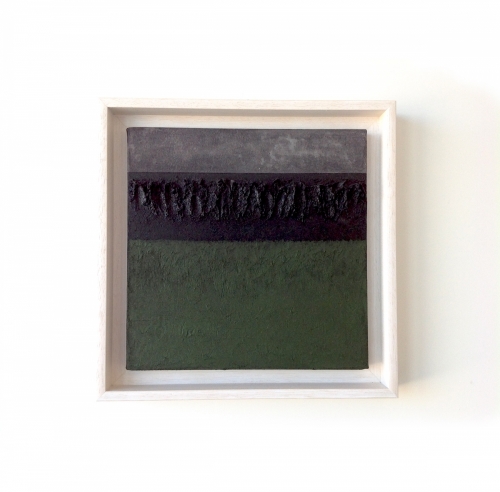 Understood in this way, the book represents us, our lives, the combination of our experiences and possibilities.
The Illusions series originated as a progression from an earlier work on sacred texts, where words were represented as a sine qua non for the work of art, while here we see the physical nature of the art-book, which is created by starting with its essential components (sometimes just the binding or the simple blank pages or the title), in a clear and obvious reference to its didactic function, which, however, takes on greater meaning thanks to the intrinsic strength of the words and images used.

The words chosen are in Greek, because Greece is the birthplace of philosophy, that is the pursuit of knowledge, and by using Greek words, the artist intends to create the illusion of going back to the origins and development of thought, to the introduction of thought as an act of love and creativity. Hence the return of the significance of the word as a sign, symbol and gesture, elements that have always characterised the art of Stefano Marocchi. The sign is the combination of signified and signifier: the signifier being the material form and the signified being the concept represented by the sign or graphic symbol.

Therefore for the artist the word “symbol”, derived from the Greek “sùmbolon” (sign), assumes the primordial function of communication, in an evolution that is more than apparent, through which words become substance. Thus the intrinsic material of the symbol/signifier  becomes a vehicle for an art that combines the metaphysical and the material on the same canvas. Thus, this is a project that walks the line between the material and the metaphysical, the earthly and the spiritual, between abandonment to the flowing of thoughts and sudden control over reason, of transgression and orthodoxy, in a continuous and perpetual reference to illusion as a mirror of the soul, of its turmoil and inexorable change. 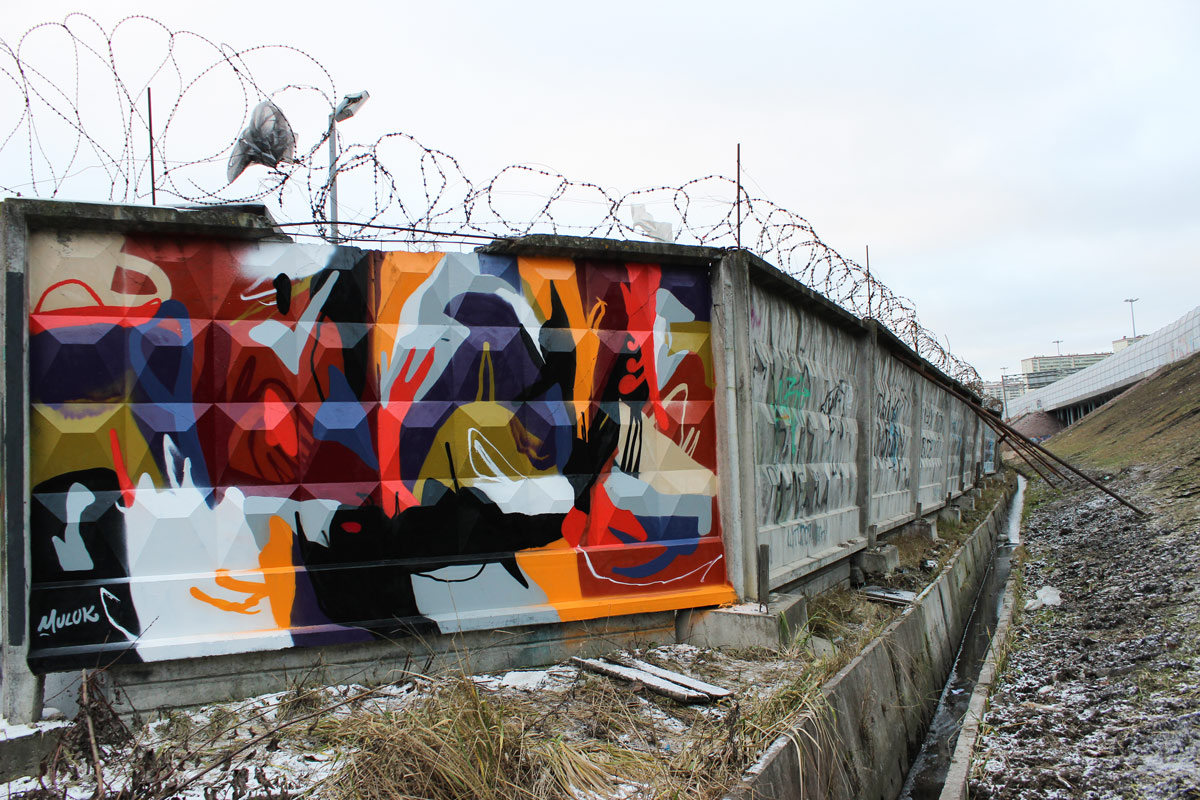 Based in Saint Petersburg, Russia, Evgeny Muluk is a young artist who uses the spaces near the city to expose ... 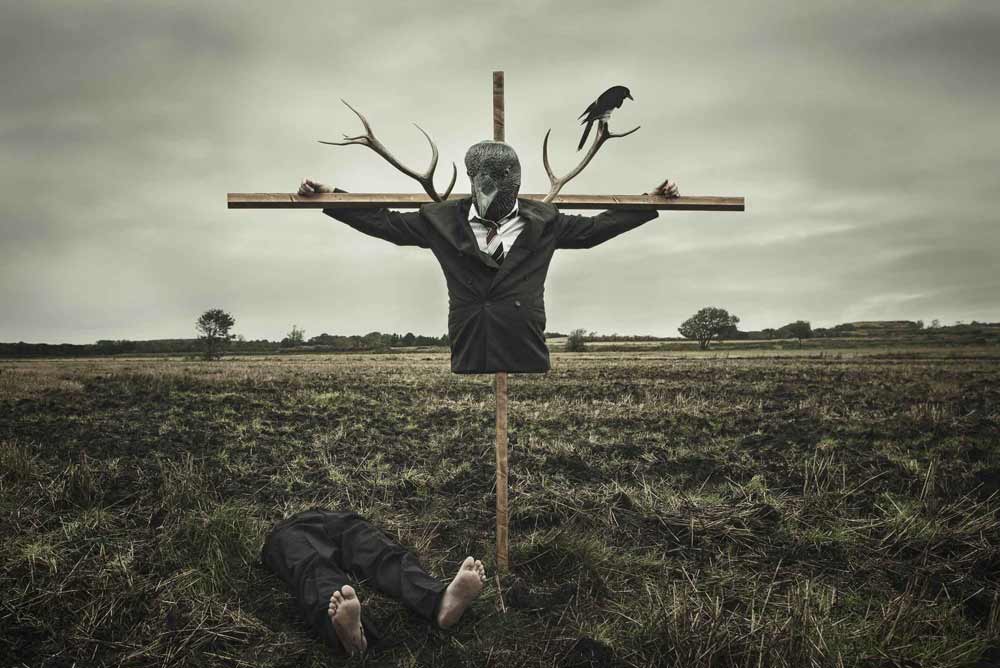 By surfing in that amazing hotbed of artists which is represented by Ello platform, we discovered the hugely ... 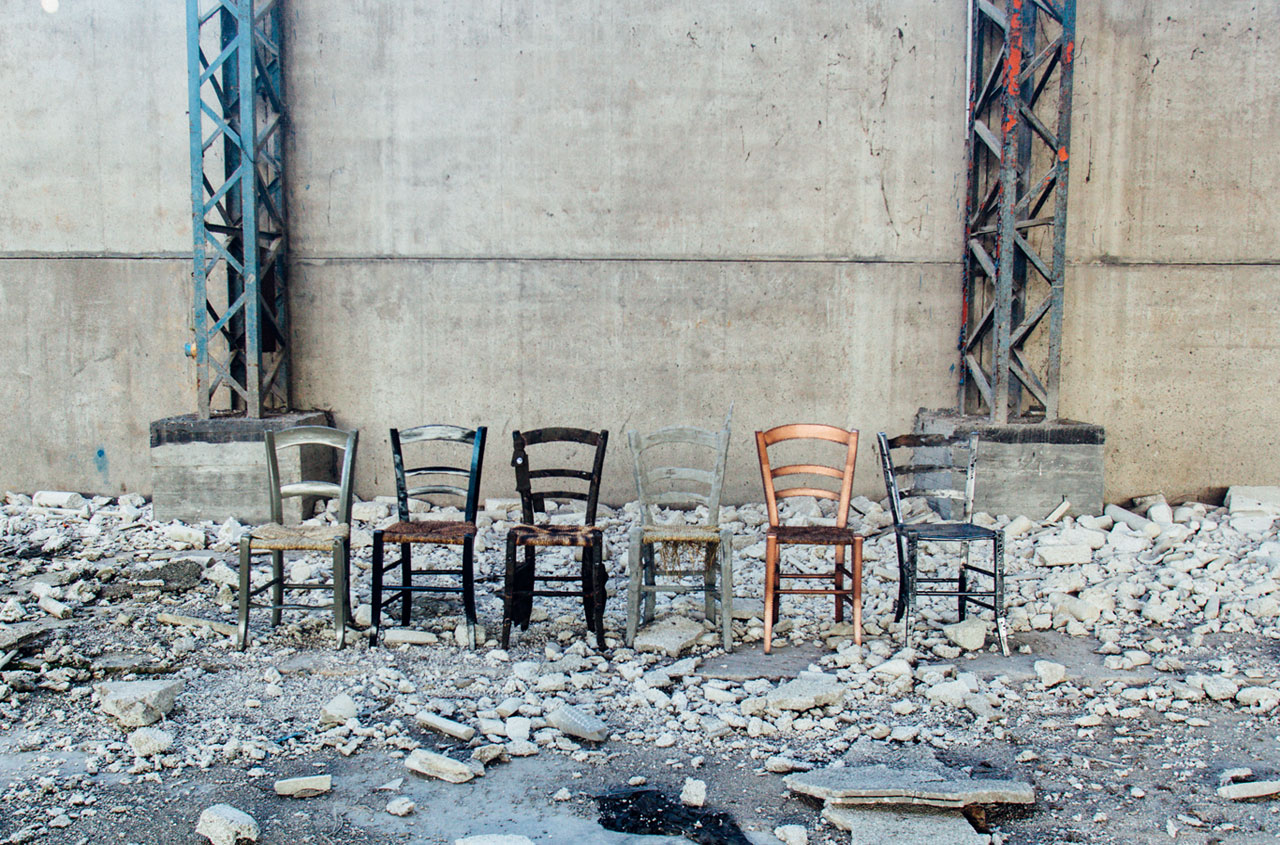 With the notion of “recovering the past with an eye to the future”, Italian artist duo OKB::SPK’s  ...